A career in Economics…it's much more than you think from American Economic Association on Vimeo.

Look at the American Economics Association’s website for what careers follow after an economics degree, career earnings, and more…

Or, check out this site sponsored by the Royal Economic Society. Here you will find, among many other things, what you can expect to earn (in the UK) with a Bachelor’s degree in Economics:

And a recent The Economist article shows that

Subjects which include some element of maths are well-rewarded. Our analysis finds that the five fields with the highest salaries are medicine, veterinary science, economics, engineering and mathematics. 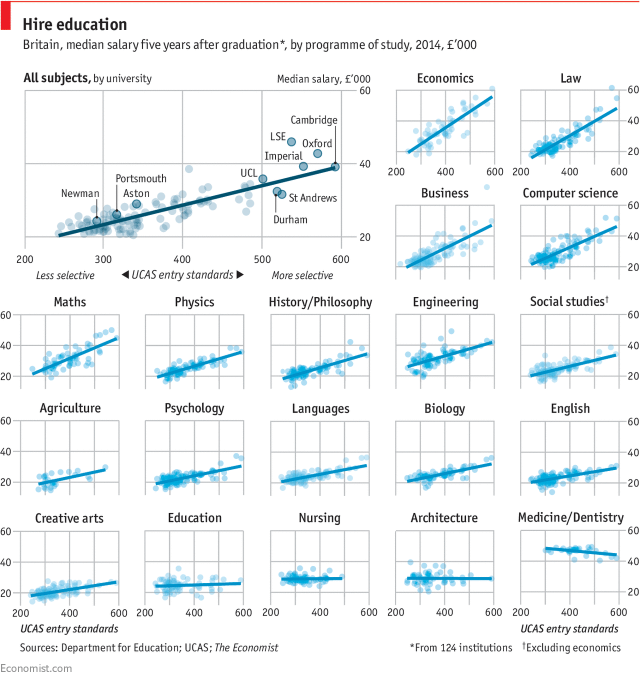